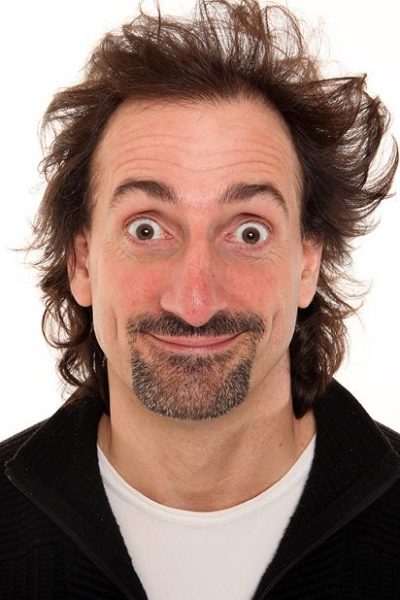 Addy van der Borgh has that rare talent of making people laugh as soon as he walks on stage. He is a great performer of highly acclaimed and original material, an ability noticed immediately by the BBC when he appeared on the ‘Stand-up Show’ on BBC1after only one year as a comedian. He has subsequently appeared on ‘The World Stands Up’ and ‘Live at the Comedy Store’ for Comedy Central, and the BBC3 series from Baby Cow Productions, ‘Brain Candy’. He has also written and co-presented twenty episodes of ‘TV Meltdown’ for Sky 1 with Kirsty Gallacher (2004 / 2005), has acted in a number of voiceovers for radio and television and has appeared on many radio shows including multiple appearances on the legendary ‘Loose Ends’ on Radio 4.

Addy was the only British comic invited to appear in the Twentieth Century Fox Comedy Showcase in Los Angeles in September 2003 and was subsequently signed to the Hollywood agents Paradigm, and he recently played the starring role of ‘Jack Watson’ in his first film, ‘Little Things’.

Addy studied clowning and physical theatre at LAMDA and with brilliant timing and an array of voices and characters he is well known for his animation of inanimate objects and his wonderful physicality. He has built a following of fans not just in all the major clubs in Britain (The Comedy Store, Banana Cabaret, Up The Creek, The Glee) but also worldwide, including Spain, France, Germany, Holland, Belgium, Croatia, India, Switzerland, Cyprus, Dubai, Bahrain, Muscat, Qatar, Hong Kong, Singapore, Vietnam, Thailand, Shanghai and Australia, as well as entertaining the troops in Afghanistan.

“An excellent stand-up with intelligence and wit” The Guardian.

“Addy has a brilliant sense of comic timing” The Independent.

“A revered funny man” The Times.