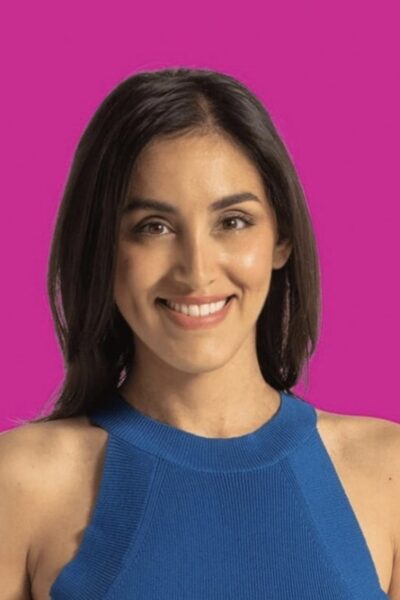 Born in London, from an Iranian father and a French mother, she grew up between Paris and London. She finds it easy to obtain accents and dialects.

She started doing impersonations and accents at 5. She attended youth theatre/musical theatre programs from 9 to 15 (Sylvia Young, Cours Florent). After receiving a BA in Global Communications and working as a journalist, she attended the classical acting course at LAMDA (London Academy of Music and Dramatic Arts). After several tv appearances, short films and commercials in Europe, she acted in the feature A Beautiful Now which brought her to LA.

She’s kept busy with commercials (Google, Samsung…), her own short called Connected, selected in international festivals. Back in Europe, she played Célimène in The Misanthrope alternately in French and English. She acted in the tv series Le Bureau des Légendes (Canal +) and commercials (Magnet Kitchens, Qatar Airways). As a comedian, she performs in English & French in diverse venues including in London: Angel Comedy, Soho Theatre, 2Northdown …and in Paris: Paname Café, Jardin Sauvage…Her solo show “Melting Pot” sold out during the Camden Fringe this year. She’s adapted her show and is doing it in French at the Théâtre Bo in Paris. Then, she’ll be performing it in English again during the Cambridge Festival.

“Friendly & warm, with cutting remarks about any subject that annoys her” A Rich Comic Life.