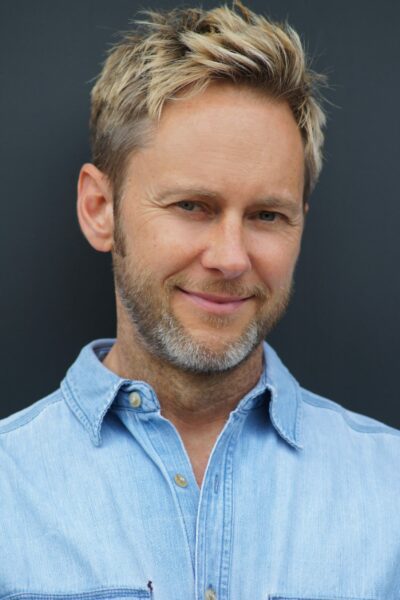 James Redmond is a warm and engaging compere and stand up comedian who interacts and improvises well, delivering unexpected twists and turns during his set.

He is best known for series regular roles on ‘HOLLYOAKS’ (C4) and ‘CASUALTY’ (BBC1) and for presenting ‘SM:TV’ & ‘CD:UK’ (ITV), alongside Cat Deeley. He has also appeared on ‘NEVER MIND THE BUZZCOCKS’ (BBC2), ‘CORONATION STREET’, ‘EMMERDALE’ (both ITV) and ‘CELEBRITY COME DINE WITH ME’ (C4) with fellow comedians Paul Foot & Joey Page.

James performs all over the U.K. as compere, or with a set of up to 30 minutes, amassing over 1,250 gigs in his first 10 years, including:
The Comedy Store
The Glee, Oxford
Conan O’Brien’s ‘The Tonight Show’ Talent Search (as MC)
Comedy Rush at The Shaftesbury Theatre
The Comedy Cafe
Jongleurs (all venues)
Banana Cabaret
Up The Creek
Bracknell Comedy Cellar (resident M.C. from 2014)
The 100 Club
The BBC Club
Spank!
Amused Moose, Soho
Rawhide, Liverpool
The Funny Side
& the comedy festivals of Bristol, Exeter, Guernsey, Hull & Liverpool.

He has taken 4 shows to The Edinburgh Fringe Festival, sharing hours with Ellie Taylor, Luisa Omielan, Lou Sanders & Luke Benson and has played venues across Europe and on the university circuit.

In addition, he has hosted corporate & charity events at venues including Shoreditch House, Bristol Cathedral & The Indigo O2.

‘Fresh-off-the-telly James Redmond has the makings of a really good comic. His tales of texting, girlfriends and Barry from Bristol are quality stuff.’- Kate Copstick for ‘Fringe Magazine’, Review of Edinburgh Festival debut, 2010.

“A very fine comedian, endearing & clever, with a natural talent for engaging the audience” Broadway Baby.