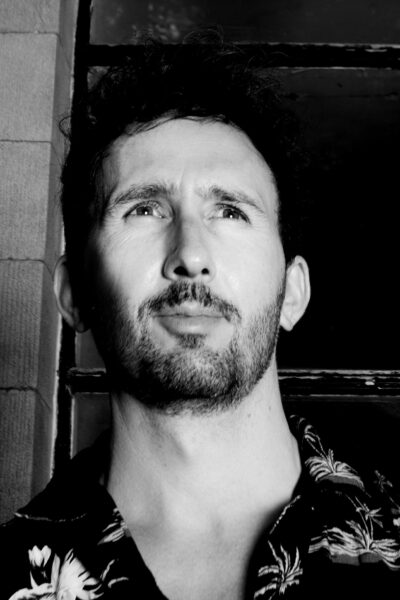 Nathan Cassidy is a multi-award winning comedian, writer, podcaster and actor.  His 2020 show ‘Observational’ was nominated for Best Show at the 2020 Leicester Comedy Festival and was the only live show at the Edinburgh Fringe 2020 to critical acclaim:

“The best show at this year’s Fringe… A classic, structured rollercoaster Fringe hour… star in waiting… he is untouchable” ✭✭✭✭  The Times (Bruce Dessau).

He is a 5 time-nominee and winner of Best Show at the Buxton Fringe, a Malcolm Hardee Award nominee at the Edinburgh Fringe and Winner of The Sir Michael Caine Award for new writing in theatre.

A comedian, compere and TV warm-up, he has gigged for most of the major clubs in the UK along with European shows.  He is a regular host of multi Time Out Critics Choice The Rat Pack stand-up comedy in London and Edinburgh and was warm-up for The Clare Balding Show.  Recent corporate work includes many hosting gigs for the Experience Collective in 2020.

His two hit podcasts have recently charted all around the world – these are Psychology of Comedy podcast Psycomedy (produced by Pod People Productions) and daily comedy/piano podcast for 2021, Daily Notes, where he is producing over 10 minutes of new comedy every day, over 70 hours by the end of 2021.  This goes alongside his new touring show for 2021, ‘Bumblebee’ – having now trained as a pianist who knows this could be performed with a piano.

He has recently published his first book Resurrection available to buy here on Amazon paperbook, ebook and audiobook.  Nathan is also an award-winning writer in theatre, has had plays produced all around the country including The Finborough, London and The Connaught, Worthing and his one-man theatre shows have also received critical acclaim: ‘An audacious high-risk strategy. Very clever and very good indeed’ ✭✭✭✭  Fringe Guru.

Nathan has recently been a regular contributor to Times Radio and has written for multiple TV sketch shows.   His acting CV includes TV, film and theatre, he filmed award-nominated documentary ‘I am Orig’ and he was part of the West End musical hit ,’The Donkey Show’. Nathan is also an experienced improviser with advanced level training with The Free Association and Showstoppers.

“The best show at this year’s Fringe… A classic, structured rollercoaster Fringe hour… star in waiting… he is untouchable” ✭✭✭✭ The Times 2020 (Bruce Dessau).

“An extraordinary story richly accessorised with laughter. The best live comedy I have seen this August” The Scotsman 2020 (Kate Copstick).

“A fitting tribute to the can-do spirit in adversity that powers the festival… puckish likability…bold hour” Chortle 2020 (Jay Richardson).

“Stormingly good.  Intelligent, funny, bang on point.  I could have listened to much, much more” Kate Copstick 2018.

​”Such a safe pair of hands…  There’s a smart mischief to the material… piercingly sarcastic jibes” Steve Bennett, Chortle 2017.

“A great comedian.  His rapport with the audience is instant and constant… Nathan Cassidy seems like becoming a firm favourite” ★★★★Broadway Baby.

“Awesome gig… Cassidy creates great energy on the stage, building an immediate rapport with the audience which continues throughout the show.  Cassidy hits it on the nose… a must see show.” ★★★★ www.coolasleicester.co.uk.

“Great jokes with an easy, confident manner.  Cassidy seems to have a real commitment to making intelligent shows about fun ideas” Fringe Guru.

“Could be amongst the most astonishing, tear-inducing sights on the Fringe” Jay Richardson, Fest.