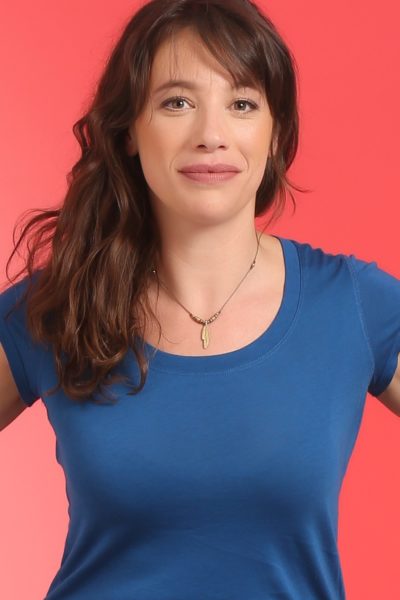 Sarah Lee is a rising star on the comedy scene.

Born and bred in North London, Sarah kickstarted her comedy career as New Jewish Comedian Finalist in 2018. Later that year she teamed up with surrealist Henrik Elmer for a split show at the Camden Fringe Comedy festival named ‘a Female and a Swede’.

In 2019, Sarah had a sold-out run at the Edinburgh Fringe with her solo show ‘Half a Man’. (Her father was a man) which was reviewed as “all quality content, with a compelling rhythm and pace and no fluffy filler”. – (one4review). She bagged semi-final spots in Leicester Square New Comedian of the Year, Komedia Brighton New Act and Manfords Comedy Club New Act competitions in 2019.

Sarah’s comedy is punchy and playful. She brings a “delightfully fresh and un-cynical eye” to her “miscellaneous and quotidian” topics. These include her Jewish identity, life in the stands of Arsenal football club, dealing with ageing parents and some random stuff about invertebrates.  She is “all smiles” on stage, irresistibly loveable and “an excellent comedian.”

“All quality content, with a compelling rhythm and pace and no fluffy filler…..she brings a delightfully fresh and un-cynical eye, resulting in a pleasing and entertaining show….an excellent comedian” One4Review 2019.