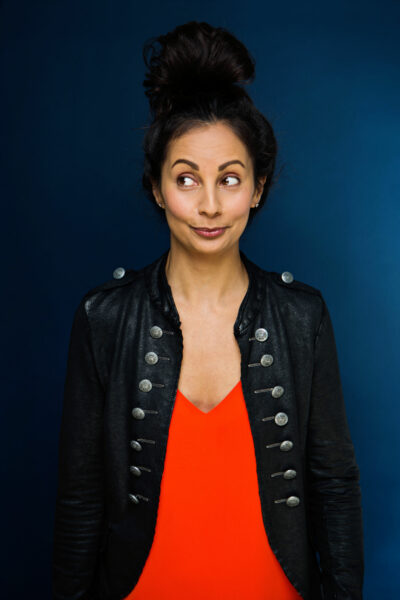 Stella has entertained audiences all around the world, from the Comedy Store in LA to the New Zealand Comedy Festival and Adelaide Fringe.

Stella has taken several shows to the Edinburgh Fringe, Brighton Fringe and Leicester Comedy Festival and has performed at the Adelaide Fringe and New Zealand Comedy Festival. She has also worked on screen for New Zealand’s Juice TV and as a radio presenter in England and NZ.

Stella is also a trained actor and improviser with voiceover experience.

“If you’re a TV executive, drop what you’re doing and go see her now” – The Skinny.

“A slick, sharp and polished set, balanced with a warmth and charm that had our audience queuing up to meet her after the gig! Superb!” – Nodding Dog Comedy.

“Fun and original… everything a good comedian should be: self-assured, likeable and, crucially, funny” – Broadway Baby.

“She’s also got a terrifically funny way with one liners, as they subverted expectations and delivered punch lines which were squarely at your sides.” – TVNZ.